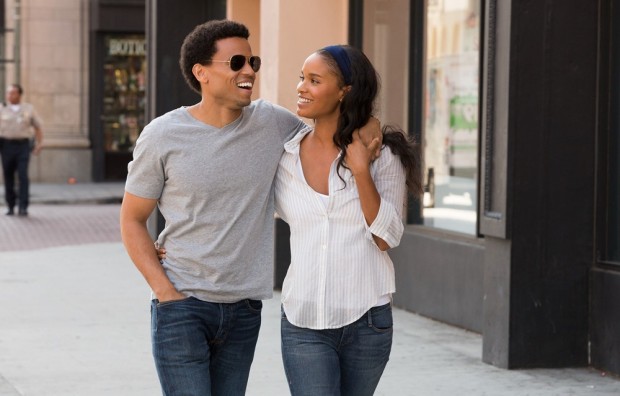 A few months ago we shared some pretty cool character posters for Steve Pink‘s ensemble comedy About Last Night, which opens on this Valentine’s Day. Today, we’re back to give you the very first clip from this (R-rated) romantic comedy, hope you’ll enjoy… The remake of the 1986 film of the same name is a modern reimagining of the classic romantic story that closely follows new love for two couples as they journey from the bar to the bedroom and are eventually put to the test in the real world. Starring Kevin Hart, Michael Ealy, Regina Hall, Joy Bryant, Christopher McDonald, and Paula Patton star in About Last Night, which hits theaters on February 14th, 2014. Let us know what you think about the clip & stay tuned for more updates!
Category Movie Trailers Tags :
About Last Night