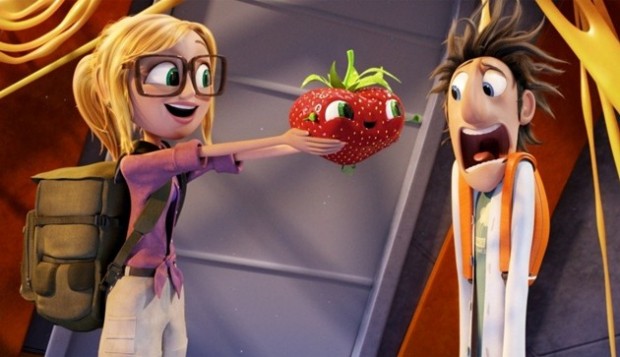 I’m sure you already know that Cloudy with a Chance of Meatballs 2 opens this month, and that’s exactly why we want you to take another look at Flint and his friends (and enemies!) In case you forgot, this time he learns that his most infamous machine is still operational and is churning out menacing food-animal hybrids. Both funny and spooky, head inside to find the videos… Directed by Cody Cameron and Kris Pearn, the sequel to the 2009 film Cloudy with a Chance of Meatballs, picks up where Sony Pictures Animation’s mouth-watering comedy left off. It stars Bill Hader as inventor Flint Lockwood who thought he saved the world when he destroyed his most infamous invention – a machine that turned water into food causing cheeseburger rain and spaghetti tornadoes. Unfortunately, things go messy when:

…Flint learns that his invention survived and is now creating food-animals – “foodimals! Flint and his friends embark on a dangerously delicious mission to battle hungry tacodiles, shrimpanzees, hippotatomuses, cheespiders and other foodimals to save the world – again! 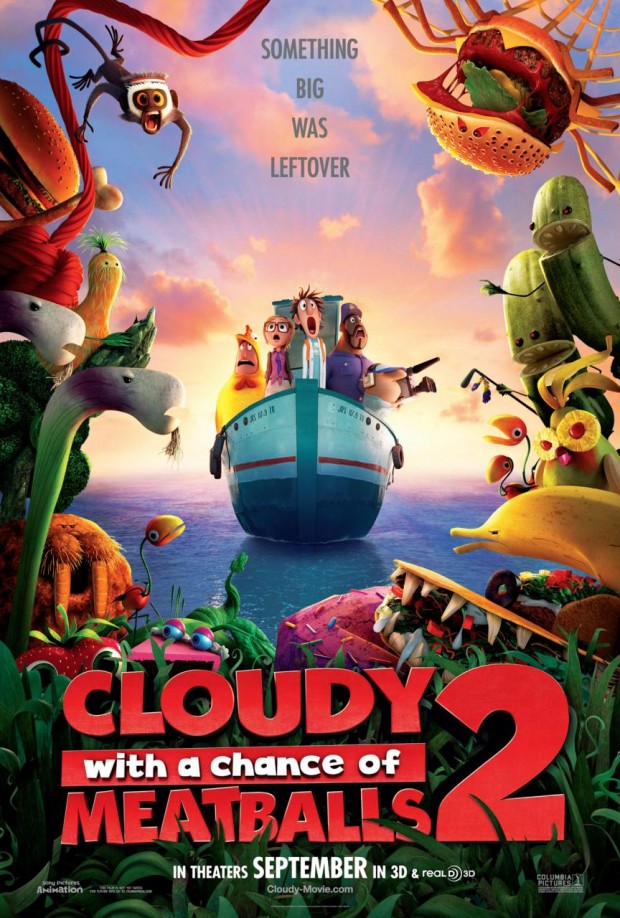 Category Movie Trailers Tags :
Cloudy with a Chance of Meatballs 2

PREVIOUS ARTICLE
Lucas Black Is Back For FAST & FURIOUS 7
NEXT ARTICLE
Julianne Moore Is Crazy, Chloe Moretz Is Spooky In First TV Spot For CARRIE