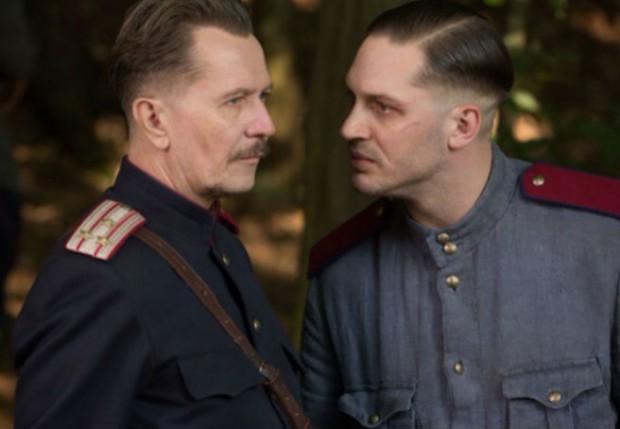 Check out the very first images from the upcoming action drama Child 44, featuring Gary Oldman, Tom Hardy and Noomi Rapace. As you probably already know, the movie comes from director Daniel Espinosa and tells a story of a Soviet military policeman who becomes a government target while investigating a series of child murders. Head inside to check him out… Hardy stars as Leo Demidov, a war hero with a beautiful wife who lives in relative luxury in Moscow, and whose only ambition has been to serve his country. For this greater good, he has arrested and interrogated. Rapace plays his wife Raisa Demidov, while Oldman is General Timur Nestorov, the head of the police force who acts on the government’s suspicions and begins tracking Hardy’s character. The rest of the cast includes Joel Kinnaman, Vincent Cassel and Jason Clarke. Espinosa directs the whole thing from a script written by Richard Price, which is based on Tom Rob Smith‘s novel of the same name. Still nothing about the official release date, but Child 44 is expected to arrive in Autumn 2014. 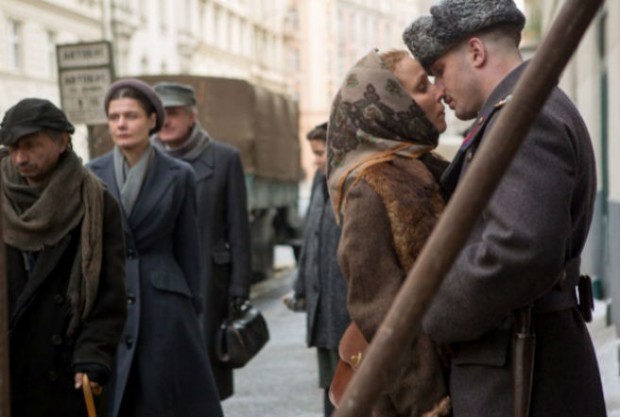