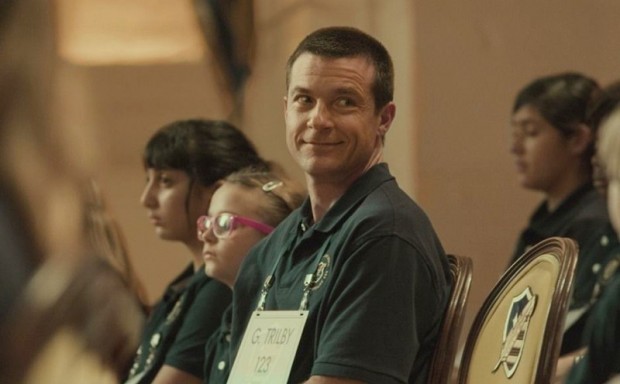 This spring losing is for losers, and that’s exactly why we want you to take another look at Jason Bateman‘s comedy Bad Words! This brand new trailer looks… well, to be honest weird but funny enough (for a directorial debut), so we definitely recommend you to head inside and check out a spelling bee loser who sets out to exact his revenge! We will once again remind you that Bateman directed the whole thing from a script written by Andrew Dodge, which centers on a guy named Guy Trilby, a 40-year-old who finds a loophole in the rules of The Golden Quill national spelling bee and decides to cause trouble by hijacking the competition. Looks like fun: And here’s the rest of the story:

Contest officials, outraged parents, and overly ambitious 8th graders are no match for Guy, as he ruthlessly crushes their dreams of victory and fame. As a reporter attempts to discover his true motivation, Guy finds himself forging an unlikely alliance with a competitor: awkward 10-year-old Chaitanya, who is completely unfazed by Guy’s take-no-prisoners approach to life…