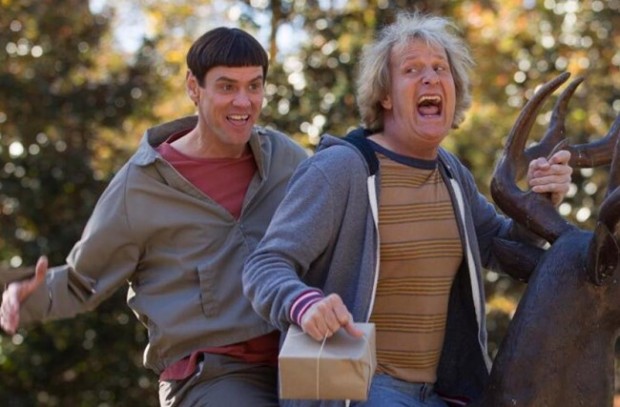 Here’s the first official still from Farrelly brother’s upcoming comedy Dumb And Dumber To, which is set to hit theaters this November. Yeah, yeah, Jim Carrey and Jeff Daniels are back as Harry and Lloyd in the upcoming sequel, and they are (obviously) ready for more weird adventures. Head inside to check them out… So, as you probably already know, directors Bobby Farrelly and Peter Farrelly this time take Lloyd and Harry on a road trip to find a child Harry never knew he had, and the responsibility neither should ever, ever be given. Or, as they previously explained, the story revolves around the fact that one of them may have sired a child, and they want to go and find the child because he’s having a kidney problem and he wants to ask him for one of his kidneys. Beside the above mentioned duo, a sequel to the 1994 film Dumb and Dumber also stars Rachel Melvin, Kathleen Turner, Brady Bluhm, Laurie Holden, Steve Tom and Rob Riggle, and the movie is already set to hit theaters on November 14th, 2014. Don’t forget to click on the image to enlarge & stay tuned for more updates! 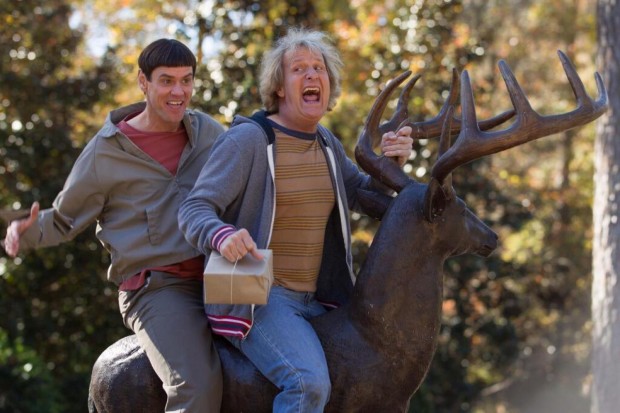 PREVIOUS ARTICLE
New Trailer For THE RAID 2 Reveals Even More Action
NEXT ARTICLE
300: RISE OF AN EMPIRE Banner Reminds You That Athens Will Burn!