Yep, this cute old guy is Vitruvius, voiced by Morgan Freeman in the upcoming 3D computer animated The Lego Movie. In case you forgot, he’s an old mystic who will help that ordinary guy Emmet (voiced by Chris Pratt) to save their little Lego universe. Head inside to check him out & let us know what you think! As you already had a chance to see from the official trailer for The Lego Movie, the story follows Emmet, an ordinary, rules-following, perfectly average LEGO minifigure…

…who is mistakenly identified as the most extraordinary person and the key to saving the world. He is then drafted into a fellowship of strangers on an epic quest to stop an evil tyrant, a journey for which Emmet is hopelessly and hilariously underprepared.

The first-ever, full-length theatrical Lego adventure comes from directors Phil Lord and Christopher Miller, and beside the above mentioned names, also stars Will Ferrell, Elizabeth Banks, Will Arnett, Nick Offerman, Alison Brie and Liam Neeson. The Lego Movie opens on February 7th, 2014. Click on the poster to enlarge & stay tuned for more updates! 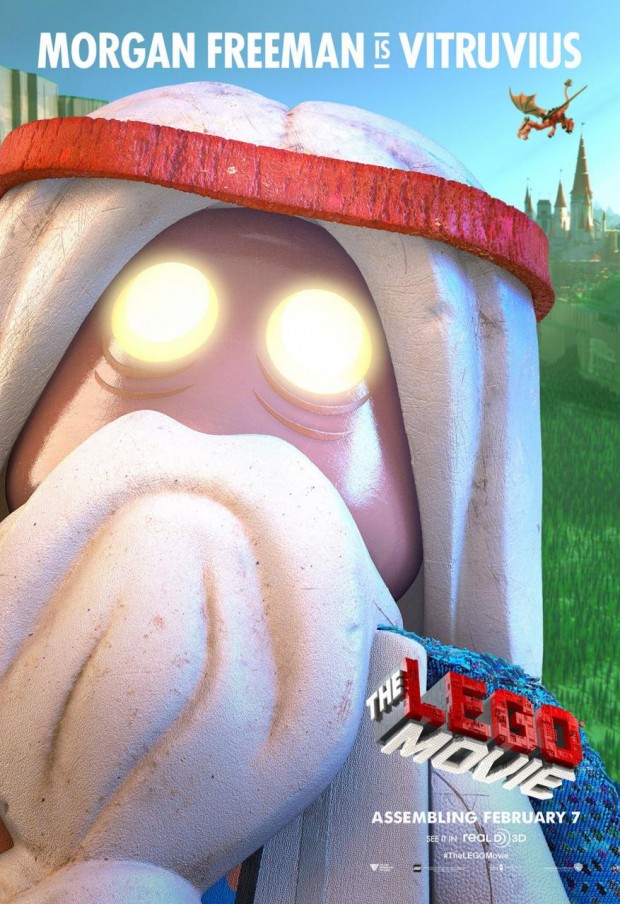