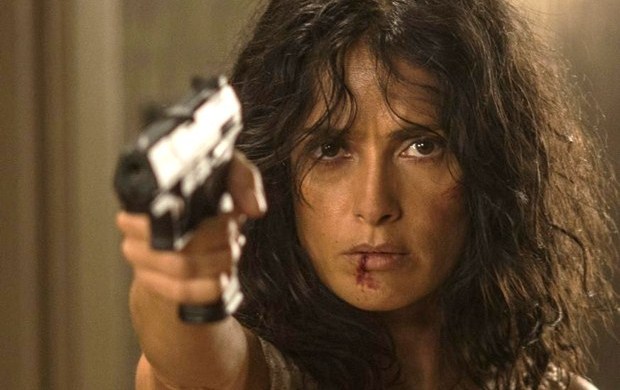 Yep, in the upcoming action thriller Everly, Latino beauty Salma Hayek plays a down-on-her-luck mother who faces down assassins sent by her ex. As you already see from our title, we finally have the very first image from Joe Lynch‘s upcoming movie to share with you, so you better head inside and take a better look at Hayek! Just a quick reminder, Lynch directs the pic from a script written by Yale Hannon, which centers on a down-on-her-luck woman who is forced to fend off waves of assassins sent by her ex, a dangerous mob boss. In other words, Hayek will have to risk everything to save her estranged mother and daughter, and what also sounds interesting is that the film is set entirely in one apartment. Beside Hayek, the rest of Everly cast also includes Togo Igawa, Masashi Fujimoto, Hiroyuki Watanabe and Jennifer Blanc. Make sure you click on the image to enlarge & let us know what you think! 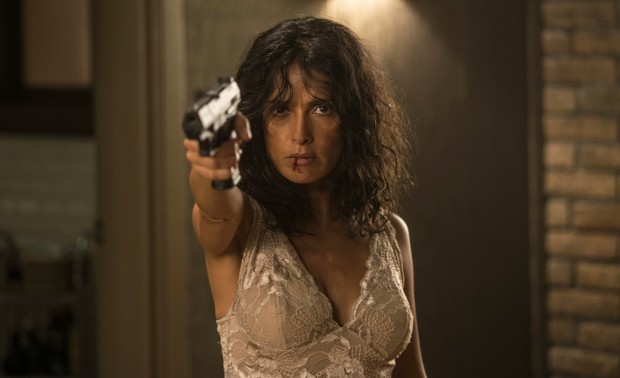