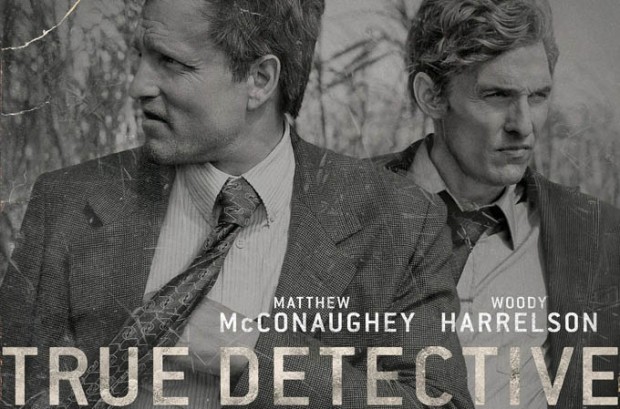 And here’s another fantastic teaser trailer for HBO’s True Detective with Matthew McConaughey and Woody Harrelson, titled Changes. You’ve probably noticed that McConaughey has some wise words for us in every teaser for the show. Everybody wants confession and everybody’s guilty, he said in this one. The storyline for True Detective spans 17 years, with two detectives (McConaughey and Harrelson as Louisiana detectives Rust Cohle and Martin Hart) crossing paths as they hunt for a serial killer in Louisiana. Michelle Monaghan also stars as Hart’s wife, Maggie, while Alexandra Daddario plays Lisa Tragnetti, a court reporter and mistress of Hart’s. Written by Nic Pizzolatto and directed by Cary Fukunaga the show stars on Sunday, January 12th (9:00-10:00 p.m. ET/PT).
Category TV Series Tags :
TRUE DETECTIVE