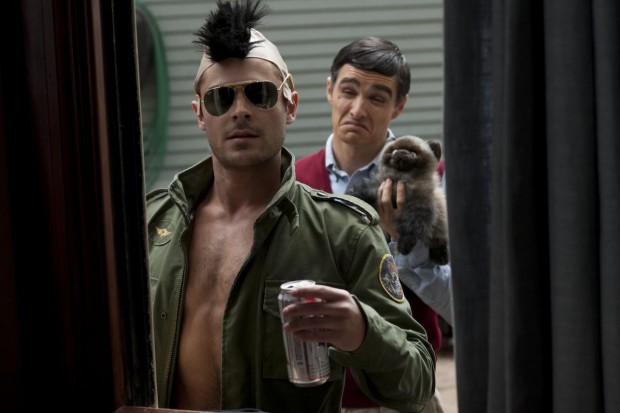 Following the first official Neighbors poster yesterday, Universal Pictures has now also released the new trailer for director Nicholas Stoller‘s upcoming comedy, starring Zac Efron, Seth Rogen and Rose Byrne. Head inside to find the video, and let us know what you think! You already know, but we will once again remind you that this hilarious comedy revolves around a young couple suffering from arrested development who are forced to live next to a fraternity house after the birth of their newborn baby. And, just in case you forgot, Neighbors is set to hit theaters on May 9th, 2014. Not so friendly neighborhood, but at least this video promises lots of fun, hope you agree?