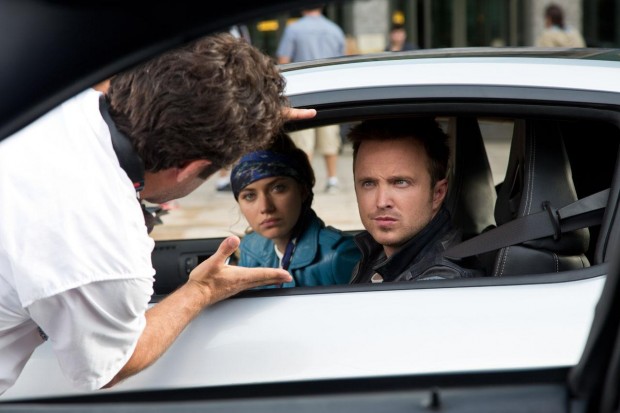 What drives you? Need For Speed, maybe? Well, Aaron Paul, Imogen Poots and Dominic Cooper are definitely some speed maniacs who recklessly drive their powerful (and great-looking) cars around, but I guess that’s why we’re all interested in their upcoming action pic. Head inside to find a brand new Super Bowl spot and another (extended) TV spot which definitely looks promising… Based on the most successful racing video game franchise ever, the movie revolves around a street racer Tobey who, after being released from prison for a crime that he didn’t commit, joins a cross country race with revenge in mind. In other words, Paul plays that Tobey guy who is set to race cross-country and to avenge the death of his friend. But that’s not going to be an easy job, ’cause his ex-partner (wealthy, arrogant ex-NASCAR driver played by Cooper) learning of the plan, places a massive bounty on his head as the race begins. Also starring Ramon Rodriguez, Rami Malek, Harrison Gilbertson, Scott ‘Kid Cudi’ Mescudi, Michael Keaton and Dakota Johnson, Need For Speed is set to hit theaters on March 14th, 2014. So, any thoughts?