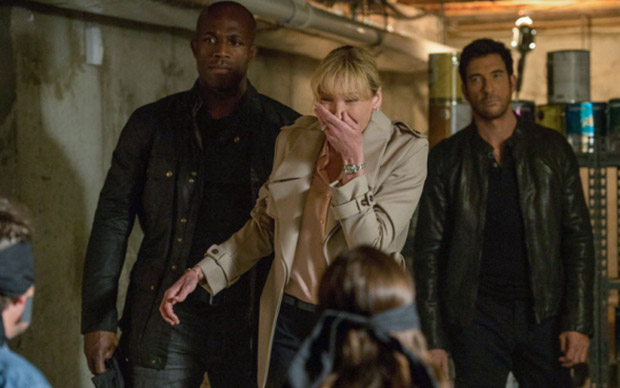 Invisible Leash is the title of next episode of CBS’ series Hostages. The drama comes from executive producer Jerry Bruckheimer and is based on a similar Israeli series. It focuses on the family of a doctor, who will be doing surgery on the United States President, who is taken hostage by a rogue FBI agent. She is ordered by the kidnappers to assassinate the President in order to save her family… So, Toni Collette plays Dr. Ellen Sanders, a premiere surgeon who, together with her family, is held captive in their home by Duncan Carlisle (Dylan McDermott), a desperate man doing the wrong thing for the right reasons, who orders her to assassinate the President when she operates on him. But here’s official synopsis for the second episode: