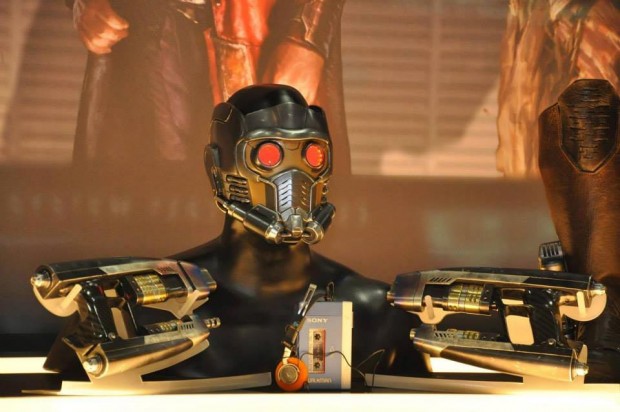 Today we have 10 new photos from Guardians of the Galaxy, the film based on the Marvel comic books of the same name, features an unlikely cast of characters who must team up in order to defeat a cosmic force of epic proportions. Directed by James Gunn (“Slither,” “Super”) from his screenplay, with a story by Nicole Perlman and Gunn, the film will introduce audiences to a whole new side of the Marvel Cinematic Universe. The film stars Chris Pratt (“Zero Dark Thirty”, “Moneyball”) as Peter Quill aka Star-Lord, Zoe Saldana (“Star Trek Into Darkness”, “Avatar”) as Gamora, Dave Bautista (“Riddick”) as Drax the Destroyer, Lee Pace (“The Hobbit,” “Lincoln”) as Ronan the Accuser, Michael Rooker (AMC’s “The Walking Dead”) as Yondu, Karen Gillan (BBC TV’s “Doctor Who”) as Nebula, two-time Academy Award nominee Djimon Hounsou (“Amistad”, “Gladiator”) as Korath, with Academy Award® winner Benicio del Toro (“Traffic”) as The Collector, Academy Award nominee John C. Reilly (“Chicago”) as Rhomann Dey, and six-time Academy Award nominee Glenn Close (“Albert Nobbs,” “Fatal Attraction”) as Nova Prime. Guardians of the Galaxy, the next epic adventure from Marvel Studios, is out in theaters on August 1st, 2014. Check out this photos below and stay tuned for more images as shooting continues. 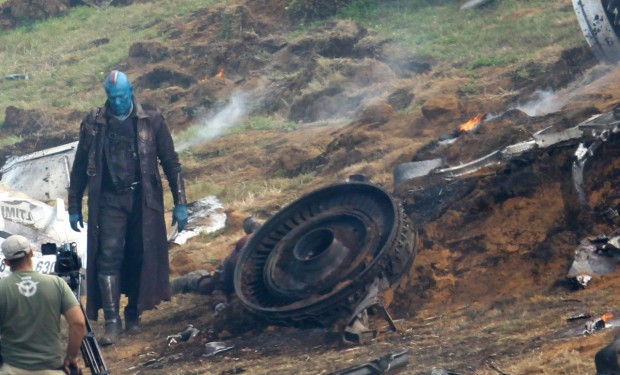 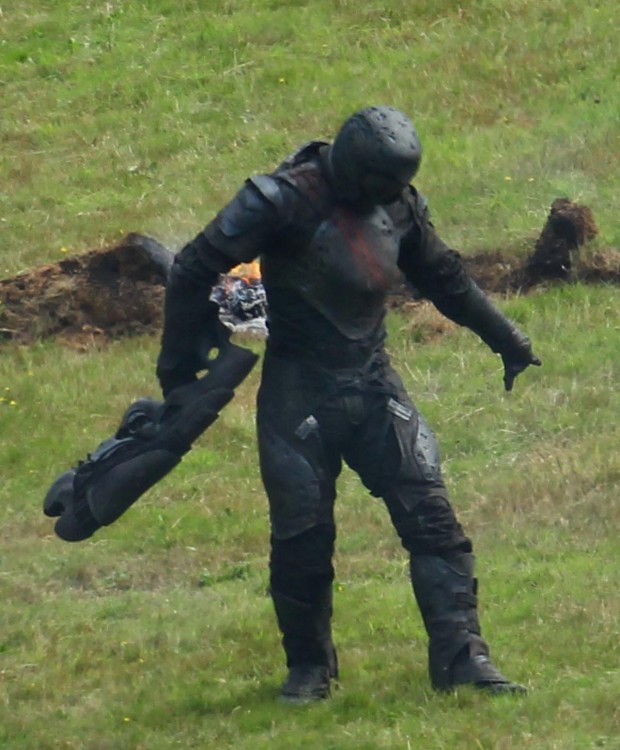 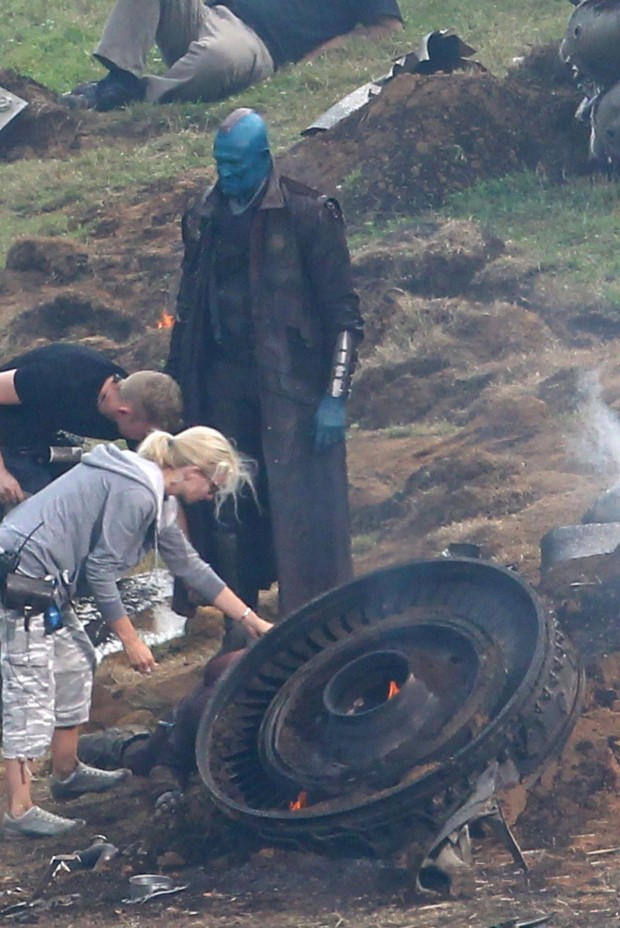 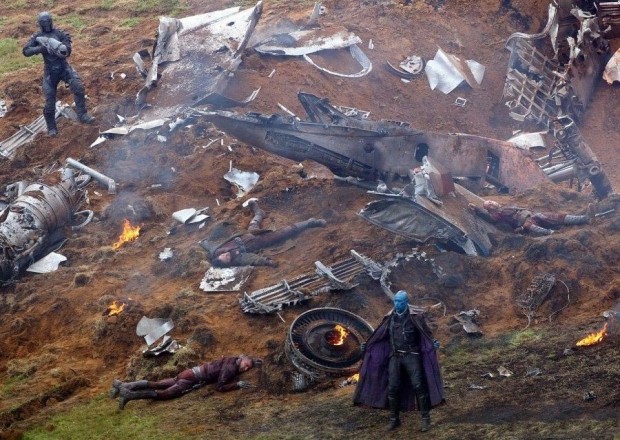 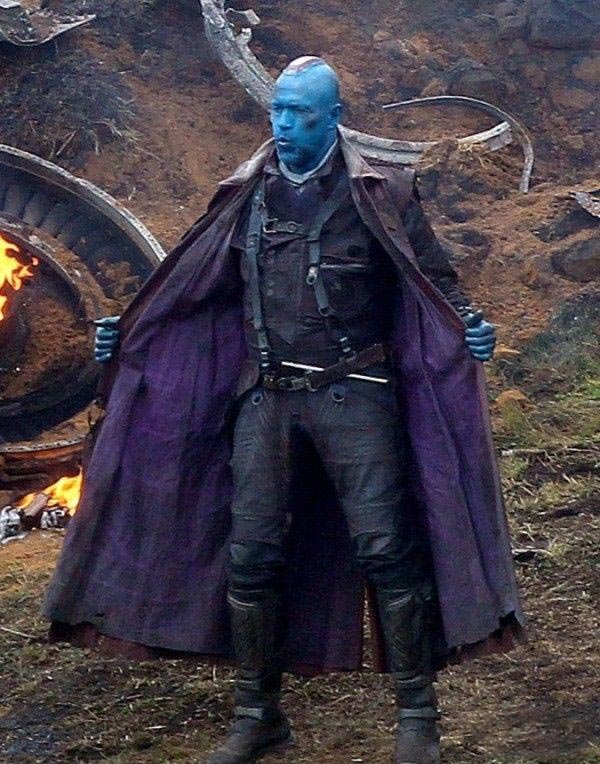 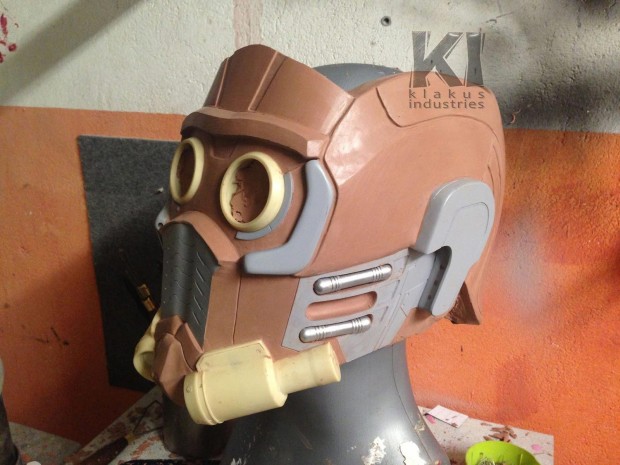 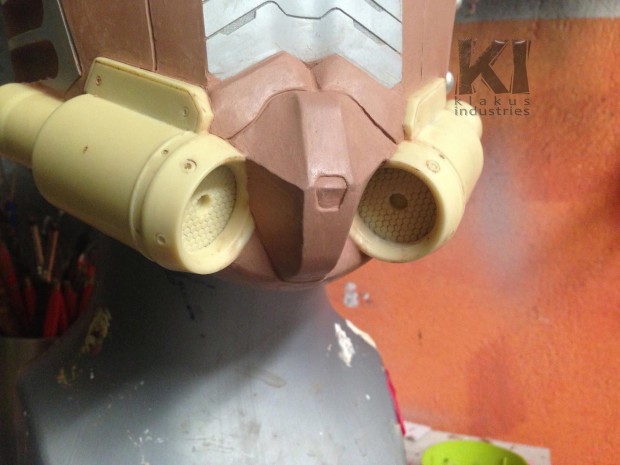 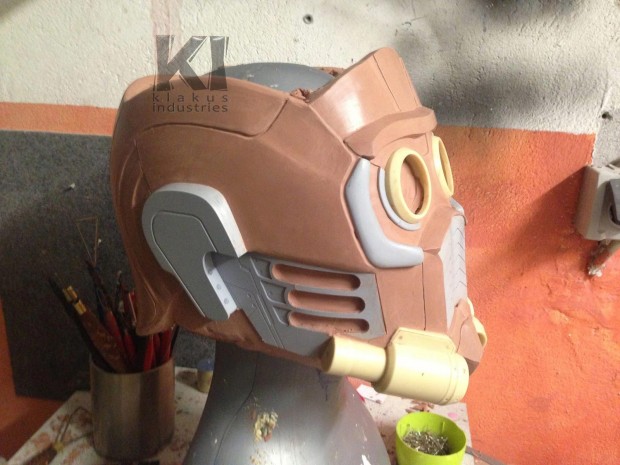